The goal of this post is to introduce graph databases in general and Neo4j in particular. As a prerequisite, it is advised to read our white paper that takes you through the different types of NoSQL databases, including graph databases. While relational databases (RDBMS) boomed in 1980s, graph databases did not enjoy a greater advantage over the former, until recently. Necessity to manage increasing volumes of data, address frequent schema changes, facilitate real-time query response, intelligent data activation requirements were some of the factors that made people realize the advantages of the graph model.

What is a graph database?

Every organization requires a database technology that natively stores relationship information as a first-class entity. While other databases compute relationships expensively at query time, graph databases consider relationships as the key aspect of data, and utilize the relationships effectively to manage highly connected data and complex queries.

Neo4j is the most popular graph database in vogue today, which is being used by thousands of organizations across several industries, including retail, manufacturing, government, fraud detection and security, financial services, life sciences and so on.

Advantages of working with Neo4j

Neo4j is an open-source NoSQL graph database that enables ACID-compliant transactions, supporting a friendly query language. Compared to relational databases, Neo4j offers superior performance in retrieving data based on relations to various levels, and provides cluster support and runtime failover. All these features make it suitable to use graph data in production scenarios.

Neo4j is often termed as the native graph database because it follows the “property graph model”. The building blocks of the property graph include nodes, relationships and labels. 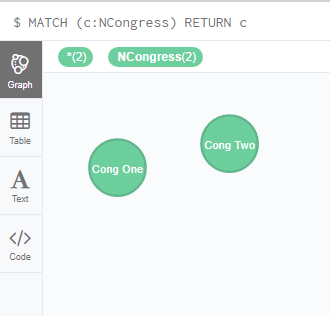 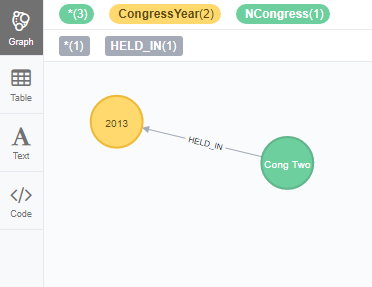 A typical use case with Neo4j

Let us consider the example of a graph showing relations between various congresses held during 2012 and 2013, and the abstracts submitted by several experts during those congresses.

First of all, let us create some Nodes under Label NExpert: 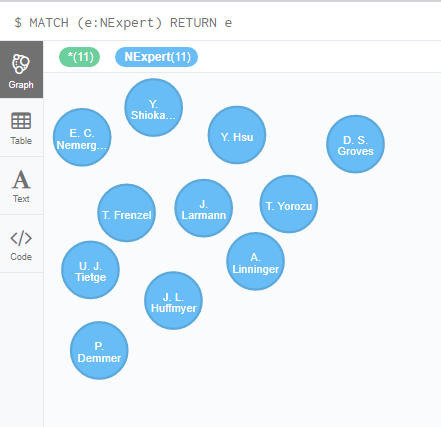 Next step is to create some congresses under Label NCongress.

Now let’s create some abstracts under the Label NAbstract, submitted by those Experts.

CREATE (n2: NAbstract { Name :”PERIOPERATIVE USE OF THE GLUCOMMANDER® FOR GLUCOSE CONTROL IN PATIENTS UNDERGOING CARDIAC SURGERY”, CongressName : “Cong One”}) 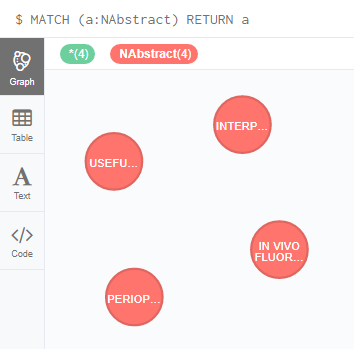 Now, we can create nodes to represent the year on which those congresses were held, under the label ‘CongressYear’. 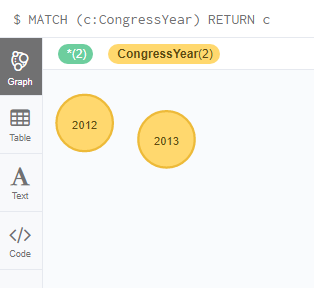 With these steps, we are done with the creation of Nodes required for drawing the graph. Next task is to define the relation between required nodes.

Relationships can be defined in two ways- through generic conditions, or through specific conditions. Both cases are explained below: 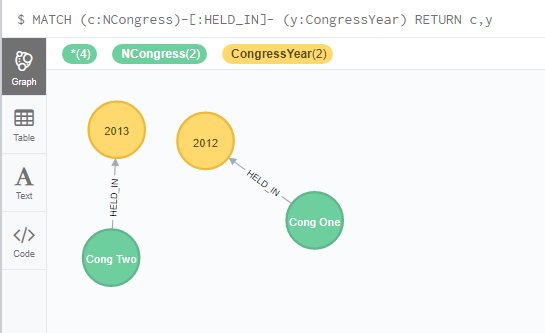 The second method is to create the relation between Abstracts and Experts:

WHERE a.Name = “PERIOPERATIVE USE OF THE GLUCOMMANDER® FOR GLUCOSE CONTROL IN PATIENTS UNDERGOING CARDIAC SURGERY”

WHERE a.Name = “USEFULNESS OF ULTRASOUND GUIDED CENTRAL VENOUS INSERTION IS DEPENDENT ON THE DIFFERENT CLINICAL EXPERIENCES” 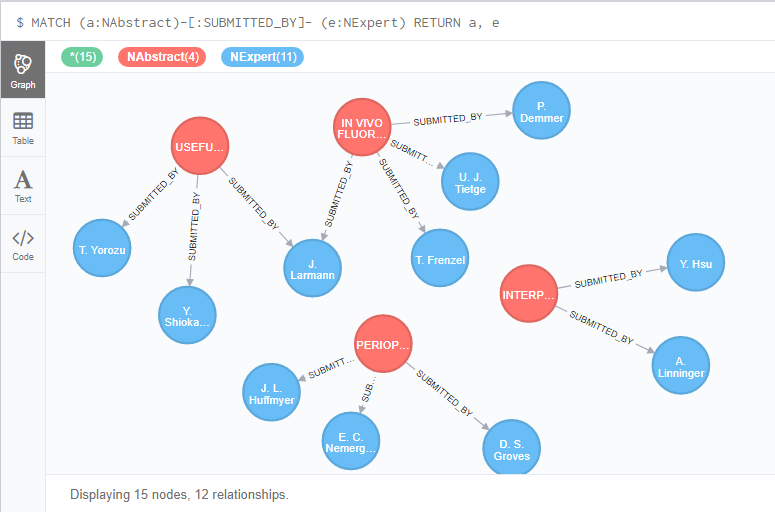 Now the Nodes and their Relationships are ready. The query for selecting and matching those relations appears as given below:

The result of the query will appear as shown here: 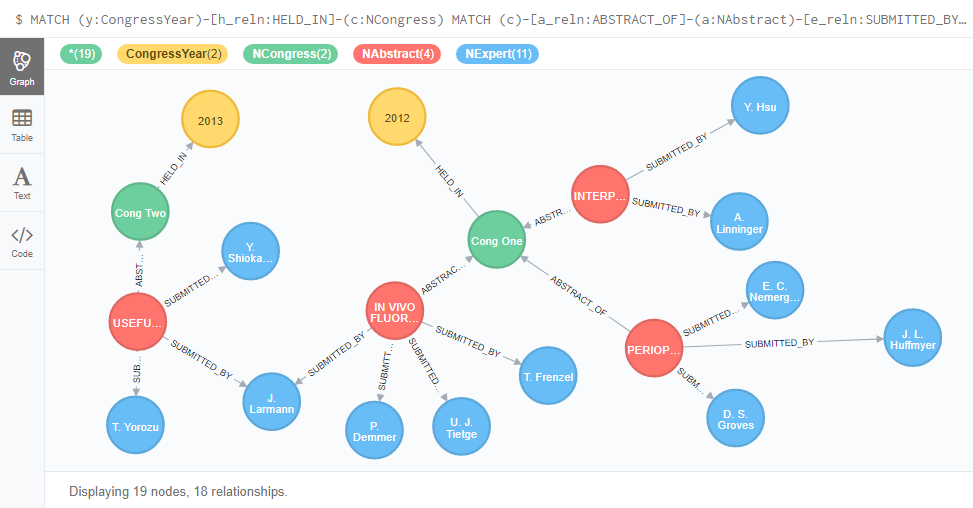 Neo4j is the world’s first graph database built with native graph storage and processing features. It is equipped to deliver unparalleled performance even as your data grows in enormous proportions.

We at Zerone-consulting would love to know what you think about this article in the comments section below.